A place for writers and readers, and self promoters

I was given this book to read and honestly review.  Here on my blog I give it my true rating which is 3.5 stars. On GoodReads and Amazon I gave it 4stars because we are unable to give any half star ratings. now with that said lets get to the actual review.

First what I did not care for; The erotica/sex scenes in the book were written in a formal non arousing manner, IMO. The phrases used were a bit clinical versus sexy.

Secondly, I really enjoyed the main characters growth or metamorphisis from victim to hero. The picture Walker paints of the trials and tribulations of some housewives of that time period is accurate. Women of that time did not have much strength/power in the eyes of society and husbands of that era. The changes and lessons that the main character makes and learns are well written and besides the sex parts her journey is fluidly written. The secondary characters are relatable and also well written. Walker shows a great talent for  writing character development  Writing an accurate portrait of a past era is not an easy task , for me, so when I see it well done, such as it is in Ronald Walkers Lovers, Lies and Lillies I have to tip my hat. So hats off to you Mr Walker for bringing to the reader a spot on picture of the life of some women in the forties.

CL Schneider has brought a superb piece of epic fantasy to the table with this first installment in her trilogy.  I have been a lifelong fan of fantasy and in my opinion, this is epic enough to be compared to the world/character  building talents of JR Tolkien, Diana Gabaldon and others of that caliber. So, good for you Schneider and keep them coming.

The characters-ALL OF THEM- are written so well that I felt I knew them personally by the time the I finished this book!!! I found myself simultaneously, liking and disliking Ian. While he has some despicable qualities he also has some pretty good hero qualities as well. The other characters in the book were also so well written that I find myself eagerly looking forward to the next two books in this series.

CL Schneider writes fluidly…which if you have read any of my other reviews is something I look for in a book. FIVE STARS ***** ABSOLUTELY recommend to Epic Fantasy readers!!!

Wow what can I say…Twisted psychological thriller based on a truly unlikable trio.
McPherson Develops his characters with finesse.
Alex, the father, is a truly jumbled up mess. There are times I wanted to bash him on his head , and a few times I  liked him for a minute.
Millicent, whose actions have taken this family down a dark and twisted path, is the perfect example of a ‘hot mess’ .
Max, the disrespectful, manipulating sociopathic child makes one despise him while simultaneously feeling sorry for the little bundle of hatred and confusion.
I have said it in another review and I will say it here, Ben McPherson wrote and developed his characters in such a way that it evoked strong emotions in me toward each character in turn.
The ending left me asking myself the question ‘What would I do as a wife and mother in this situation that one of my actions created?’ I found myself hard put to answer that question.
I look forward to more from this first time author. And I have truly appreciated the chance I was given to read and review it.

Having read Karen Mossman’s work in one of her previous books I loved her writing then and this book has confirmed my status as a fan!
Heroes is a gem of a collection. Each story brought to the table relatable characters and unique storylines. Not only were they unique they were believable and well written.
Writing short stories brings the challenge of bringing a plot to fruition in a short amount of time and Mossman has indeed shown a great talent for this type of writing.
Two of my favorites in this wonderful collection were , Crossing Serbia and Shadow Of Doubt..
In Crossing Serbia we meet a young lady of strength and bravery. Meeting circumstances and adversaries that would bring most to their knees the main character showed a fortitude that is truly admirable. This story evoked strong feeling in me and the way it was put forth made it easy to put myself in the scene.
In Shadow of Doubt the emotions experienced by the main character were so well told that they were palpable. Mossman brought her best to the table in this one.

A quick and intense read. A coming of age story with a twist. Haylee’s journey was delivered to readers in a fluid, attention grabbing manner. Redfern writes in a way that allowed me to feel exactly what Haylee was feeling.  READTHE REST OF THIS REVIEW by jennifer Deese Author ON AMAZON…http://www.amazon.com/gp/product/B00M0DJJZM?keywords=lisa%20redfern%20haylee&qid=1448391315&ref_=sr_1_1&sr=8-1

***** The Wolf You Feed by Angela Stevens

I am a fan of shifter stories and this one has certainly made me love them even more.

The Wolf You Feed is a shifter story with many twists and inter-twinings of traditions…be they imaginary or a real part of a cultures folklore and practices. I loved the depth of each character…in either of their forms!

The world, rituals, beliefs, hierarchies, and traditions as well as characters were so richly described and portrayed by the author that they almost became real.

The Wolf You Feed was more than just the run of the mill ‘shifter falls for regular human or different species mooshy love story’. It has depth. This is a story of survival, compassion, true deep love, faith and perserverance.

I found the book to be full of depth, Joanna (the main character) is presented with a keen depth of character. Karen J. Mossman brought the layers in this book alive with what I can only describe as excellent detail.

Without losing the main story Mossman brought several other smaller storylines into play in a lovely and engaging manner.

This is a story of love gained, love lost, friendships forged and familial connections. Emotional and personal growth occur amid personal friendships and human interactions.

I was recently informed by the author that the second book in this series is being worked on and I must say that I sincerely look forward to reading what happens next. Mossman, in my opinion, writes fluidly, creatively and delivers a poignant story to the reader. Well Done, Karen and write on!!!

The Branches of Time by Luca Rossi was a wonderful read. I truly enjoyed the way the author brought to life a world outside of our own. The characters were believable and easy to imagine. The way Rossi describes scenes allows the reader to easily visualize the settings.

I love alter world stories and this literary achievement by Luca has confirmed my reasons for loving them. The storyline sailed along with fluidity and detail that does not bog the reader down.
I look forward to the next installment!!!!
Jennifer Deese- Author

A nonstop action packed page turner!
This action thriller brings vigilante justice to the readers via a bad guy you can’t help but love. Colin Bailey does the unsavory with finesse.

Main character is very well written and supporting characters jump off the page as well.

Ted Taylor’s serves up this thriller with continuous action and a few steamy little episodes to keep the reader turning pages.

I look forward to getting to know Colin Bailey better in the next book.
Great writing and descriptive detail that doesn’t bore. 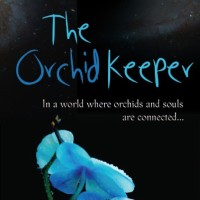